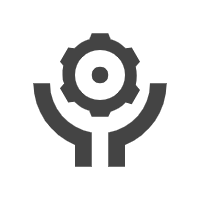 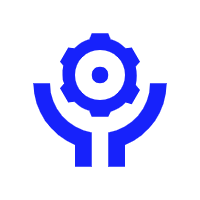 Chief Executive Officer and Chairman of the Board

Mr. Zhang has been our Chief Executive Officer and Chairman of the Board of Directors since our incorporation. He has served as Chairman of the Board for Zhejiang Jiuzi New Energy Vehicle Co., Ltd. since May 2017. From April 2016 to May 2017, Mr. Zhang had served as Chairman of the Board for Shandong Ruixing New Energy Vehicles Company Limited. Mr. Zhang was an active investor in several emerging companies in China, such as Manhattan Restaurant Chain Company, Anhui Hengshenguang Electronics Technology Company, and Shandong Caozhou Culture Media Company in 2014 to 2015. He also serves as the Vice President of Shandong Chamber of Commerce.

Mr. Zhang has been our Chief Financial Officer since August 2020. He was the Executive Director of Shanghai Qianzhe Consulting Co.

Mr. Zhang has served as our Chief Operating Officer since May 2020, and is mainly responsible for executing the Company’s strategic plans, expanding the Company’s partnerships, strategic resource scheduling and matching, and implementing solutions for franchisees. From May 2017 to May 2020, he served as assistant to the chairman of Zhejiang Jiuzi New Energy Vehicle Co., Ltd., and strategic director of the public relations department, responsible for marketing development. From May 2015 to April 2016, Mr. Zhang worked at Heze College and One Model Education and Training Co., Ltd. as a corporate training project manager, responsible for assisting in the formulation and implementation of corporate consulting programs for over twenty companies in the automotive industry, real estate industry and wine travel industry. Mr. Zhang graduated with a bachelor’s degree in psychology from Heze College in 2016.

Ms. Li has served as our Director since November 2019 and has been the financial controller and a member of the board of directors of Zhejiang Jiuzi New Energy Vehicle Co., Ltd. since March 2019. From November 2017 to February 2019, she served as deputy general manager and financial controller of Hangzhou Jiandu Environmental Engineering Co., Ltd. From November 2011 to October 2017, she served as chief financial officer of Ningbo Tashan Cultural Industry and deputy general manager of Hangzhou Branch. Ms. Li was at the Weifang Branch of Bank of Communications from January 1996 to October 2011, serving as section chief and deputy general manager of the Information Technology Department, deputy general manager of the Personal Financial Business Department, director of the Financial Management Center, and president of Yuhe Road Sub-branch. She also worked at the Weifang Huaguang Group Phototypesetting Institute and Phototypesetting Equipment Factory from July 1988 to December 1995. Ms. Li graduated with a bachelor of science degree from the Department of Mathematics at Shandong University in 1988.

Mr. Chen served as the Chief Financial Officer of Fuqin Fintech Limited from February 2017 to January 2020. He was the partner of CLC LLP in USA from 2015 to 2017 and from 2020 onward. From 2008 to January 2015, Mr. Chen was the Senior Manager at Deloitte Touche Tohmatsu Certified Public Accountants LLP, Beijing office, where he was involved in many Chinese companies’ U.S. IPO processes. From 2003 to 2008, he was the Senior Tax Consultant at Grant Thornton LLP, Los Angeles office. Mr. Chen graduated from University of California Riverside with his bachelor’s degree in Business Economics in 2003.

Mr. Ge has been the managing partner of Jiangsu Junjin law firm since December 2016 and the legal adviser of many listed companies, private investment funds and real estate enterprises in China. Mr. Ge has provided extensive legal services in the capital market, including private equity investments for start-ups, private placements, public offerings in China and abroad, corporate bond issuance for a number of overseas listed companies, securities compliance of listed companies, mergers and acquisitions, and overall legal services of real estate group projects. He has also acted as the legal adviser for domestic well-known private equity investment funds. Mr. Ge’s professional ability and professionalism are well received by clients. From 2005 to December 2016, Mr. Ge worked as an associate attorney in Jiangsu BeiSiTe Law Firm. In 2011, he was rated as one of the top ten lawyers in Wuxi City, Jiangsu Province. He served as a consultant to several government agencies such as Wuxi Municipal Government and Wuxi Binhu District Government. Mr. Ge graduated from Jiangsu University with Bachelor of Laws degree in 2005.

Mr. Lim has over 15 years’ experience in providing financial accounting and advisory services to public and private companies in the United States. He has been the Chief Financial Officer of Kandi Technologies, Corp. since May 2020. Prior to that, he served as the Chief Financial Officer of Takung Art Co., Ltd. from February 2019 to May 2020. From January 2013 to February 2019, he was the Managing Director of a U.S.-based financial consulting firm, Albeck Financial Services, and was mainly responsible for overseeing SEC reporting, GAAP technical consultation, financial statement audit preparation, due diligence and internal controls compliance services. He has overseen and completed more than 10 public listing applications for U.S. listed companies in China (through Forms S-1 and F-1, SPAC and Form 10 reverse merger transactions), and managed multiple projects for U.S. GAAP consulting, SOX 404, pre-audit process, SEC financial reporting, development of financial forecasting models, and due diligence for IPO and M&A transactions. He also has extensive experience in auditing private and public companies in his stints as audit manager and senior auditor of two regional accounting firms in the United States from October 2008 through December 2012 and from September 2006 through October 2008, respectively and as an auditor at Ernst & Young in the United States from September 2004 through to July 2006. Mr. Lim graduated with High Honors from the University of California, Santa Barbara, with a